The going’s great at York

Perfect racing turf is returning to one of the country’s top racecourses following a two-year programme of extensive resurfacing.   Rich alluvial silt and clay deposits left by the River Ouse had created issues for York Racecourse, reports head groundsman Adrian Kay.   “We lie in the river’s floodplain and the conditions had allowed weed grasses such as Poa annua, to proliferate, along with a major build-up of thatch,” he explains.   “Weed grass is always prone to disease and creates a lot of organic matter, which can prevent water penetrating to the rootzone. A 10ml layer of thatch is fine but the course had accumulated 25-30ml, which was far too thick.”   The current IOG Groundsman of the Year called in sports contractor Chappelow Sports Turf to conduct a programme of remedial work to rectify the problem, beginning two years ago with Koroing off the South Bend extension, which was reseeded with Limagrain MM22 ryegrass mix – “a favourite of mine”, says Kay.   Last October, he called in Chappelow once again to conduct Koro topdraining of the home straight, which sand-slitted the surface down to the main drains, laid in 2007, and removing the silt and clay deposits to stimulate free draining.   Chappelow returned for a third stint this September to tackle furlongs 12 to 14 along the back straight. “About 8,000m2 of deposits were removed in just three days,” says Kay. “I hope to recycle some of the material when we plant up shrub beds later in the year.”   “With a big undertaking like this, what you want is for the contractor to come on site and get on with the job with minimum fuss and that’s what Chappelow do. They understand our needs, have a great work ethic and are highly enthusiastic.”   Family owned and run, Chappelow Sports Turf manages a fleet of its own specialist machinery and equipment that has the capability to handle the scale of constructional and remedial work sports sites require, whether racecourses, golf courses, sports clubs, local authority pitches or stadia.   The contractor recently completed Bury FC’s Gigg Lane stadium pitch renovation and a major recontouring of a sportsfield at Greetland Academy in Halifax, which involved moving huge quantities of earth in what was a sensitive project involving extensive multi-agency consultations. 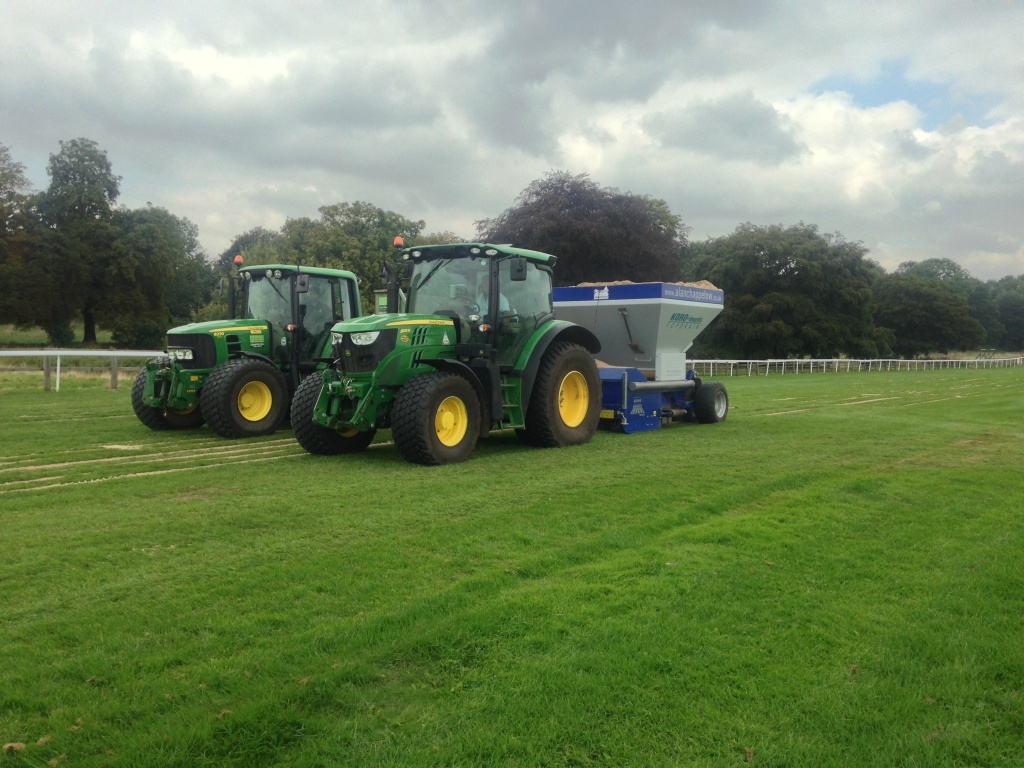