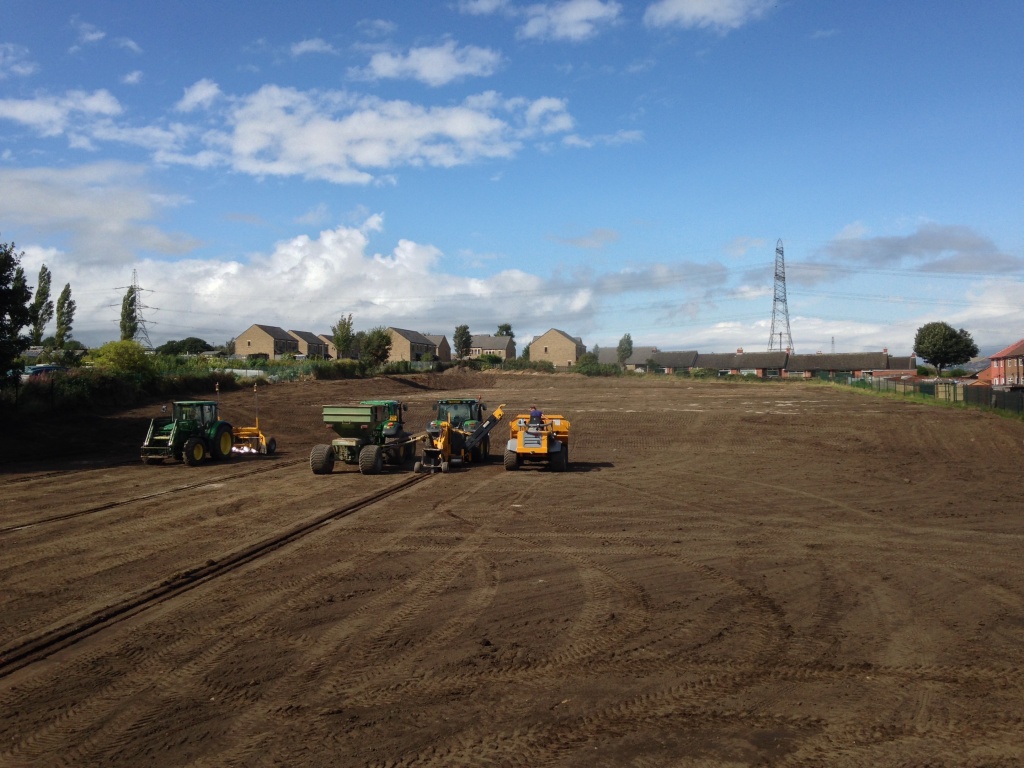 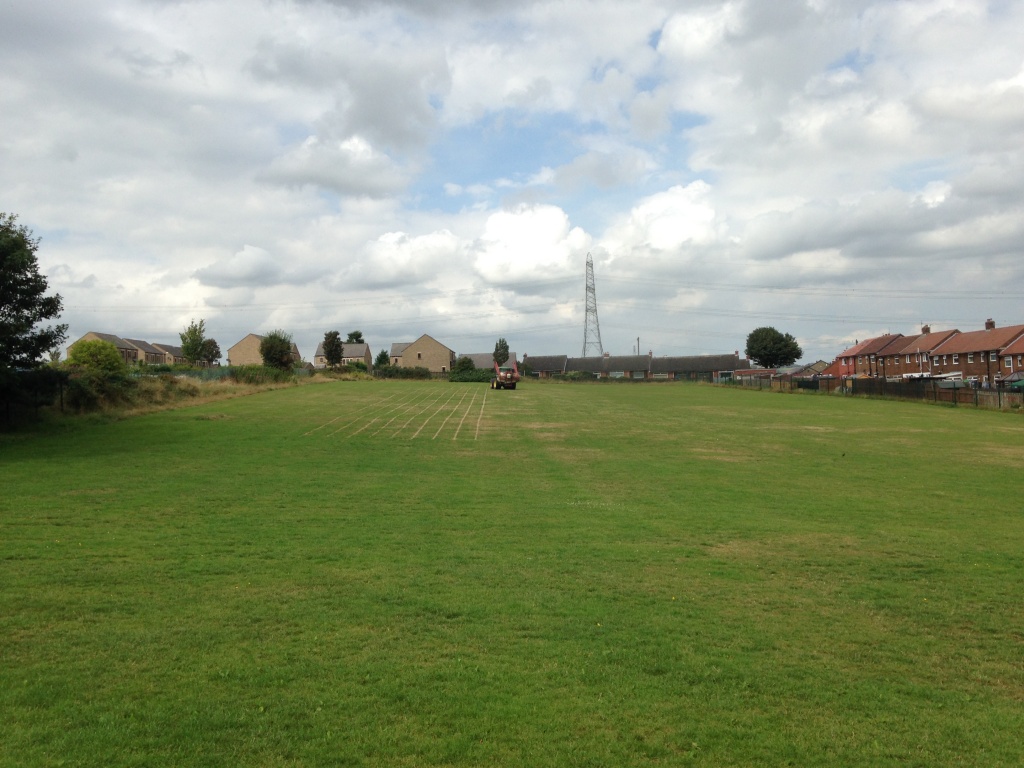 Extensive recontouring of a constrained site at Greetland Academy, Halifax, by Mirfield-based sports contractor Chappelow Sports Turf has turned the area into two full-size sports pitches, newly sown and ready for use by schools and the community early next year.

The then Greetland Primary School became an academy in 2011 and by gaining charitable status could apply for Lottery funding. “The playing field had seen limited use because it was judged unsafe for sport and we were in danger of losing it for this purpose,” recalls Jayne Firth, the academy’s business manager, who prepared the academy’s funding bid and later co-ordinated the site project.

Following the transfer from community school to academy and a 125-year land lease agreement with the local education authority, the school governors agreed to improving the condition of the school field to enhance the school facilities and open up opportunities for the local community.

“Our aim was to develop a safe, accessible facility with specialist coaching for the benefit of all,” Firth explains. “This would involve significantly altering the site topography by cutting and filling, which would level the existing sloping land to provide two playing fields, with drainage and improved grass surface, for structured sport and play.”

The academy won unanimous support for the project following consultation with local councillors, meetings of the ward forum and community groups and after leaflet drops among residents.

Working closely with Calderdale Borough Council and the local community, Greetland submitted its funding bid under the protecting playing fields strategy, along with the Goldfields Redevelopment Project.

“Site access is restricted, with houses adjacent to the western and southern boundaries,” says Everett. “The steep incline required formation of two platforms by cutting into the bank, excavating into the local sandstone strata.

“The absence of any outlet drain from the site meant pitch drainage had to be achieved by excavating soakaway trenches in the stony ground and filling them with drainage aggregate and sand. The work was then tendered to specialist sportsturf contractors to obtain competitive quotes,” he adds. “Chappelow Sports Turf were successful in tendering for the project and confirmed that they were able to mobilise quickly.”

“This was a finely tuned project, involving extensive repositioning of large quantities of top and subsoil,” explains Ben Chappelow, who heads the business with father Alan and brother Edward. “The timescales were tight as the remit was to complete the work before the academy came back after the 2014 summer break. We stripped off the topsoil and recontoured the rocky subsoil to create the platforms for the pitches. Then we replaced the topsoil and installed soakaway drains at 7m centres.

“After cultivating the soil and preparing a seedbed with sand dressing, we seeded with Limagrain MM60 ryegrass. The contract requires us to continue maintaining the pitches, with assistance from Richard Jowett, the school’s maintenance contractor.”

Residential housing lining the site made careful management a critical factor. “Everything progressed according to plan on a difficult site and all within the required deadline. A key factor was the specialist equipment that Chappelow provided to deal with the tricky ground conditions,” says Everett. “The fields should see their first action early in 2015, once the playing surfaces have fully established.”

“Clear demand existed for sporting and general fitness facilities to be developed after many years of neglect to the grounds,” adds Firth. “The 7

,560 sqm field space offered huge scope to support a wide range of sports at a time when many individuals and groups had highlighted a lack of appropriate provision within the local area.”

The upgraded playing surfaces will enable local educational sites to improve their sports provision. “The inter-schools partnership is establishing a school league that will enable some 2,640 pupils to play league matches during school hours. Specialist coaches within the school league, together with trained staff to transport children, will support a well-managed competitive training programme.”

Early indications are that the rise in numbers using the facilities out of hours will be rapid as the academy intends to support Greetland Goldstars’ bid to improve their pitches and will offer its facilities during the interim works,” says Firth. “Developing young players on Greetland’s facilities will cascade adult players for the Goldstars, future-proofing sporting interest in the community from age four to adult for many years. The designated school PE co-ordinator will measure usage and manage the organisation and marketing of the facilities.” 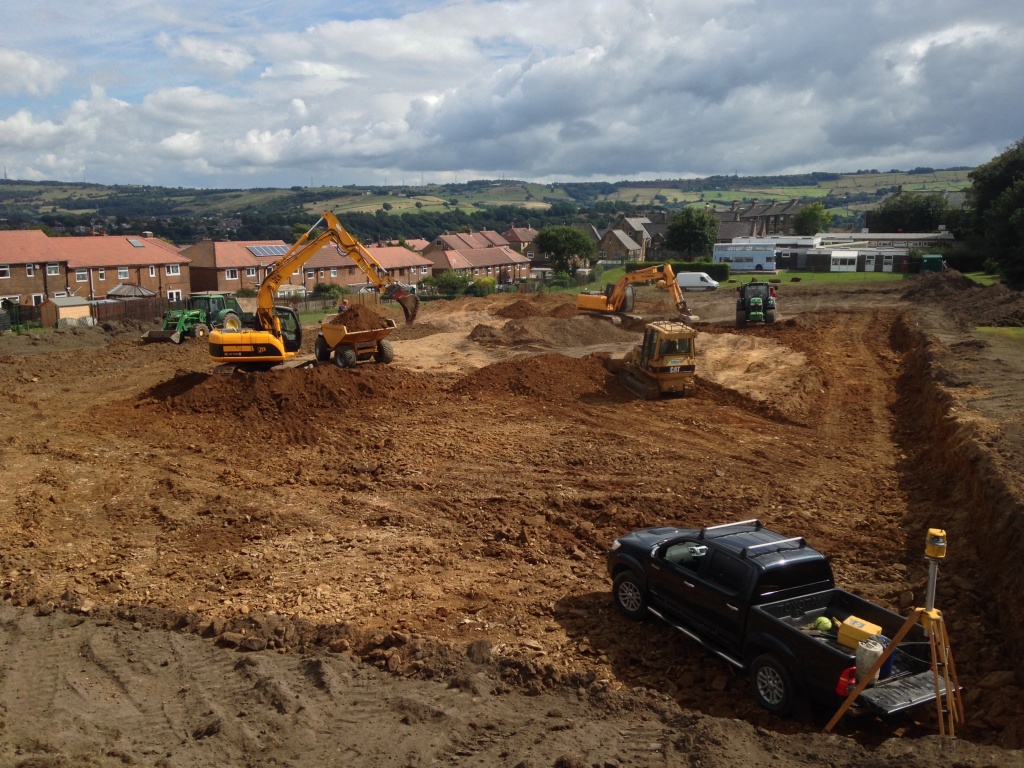 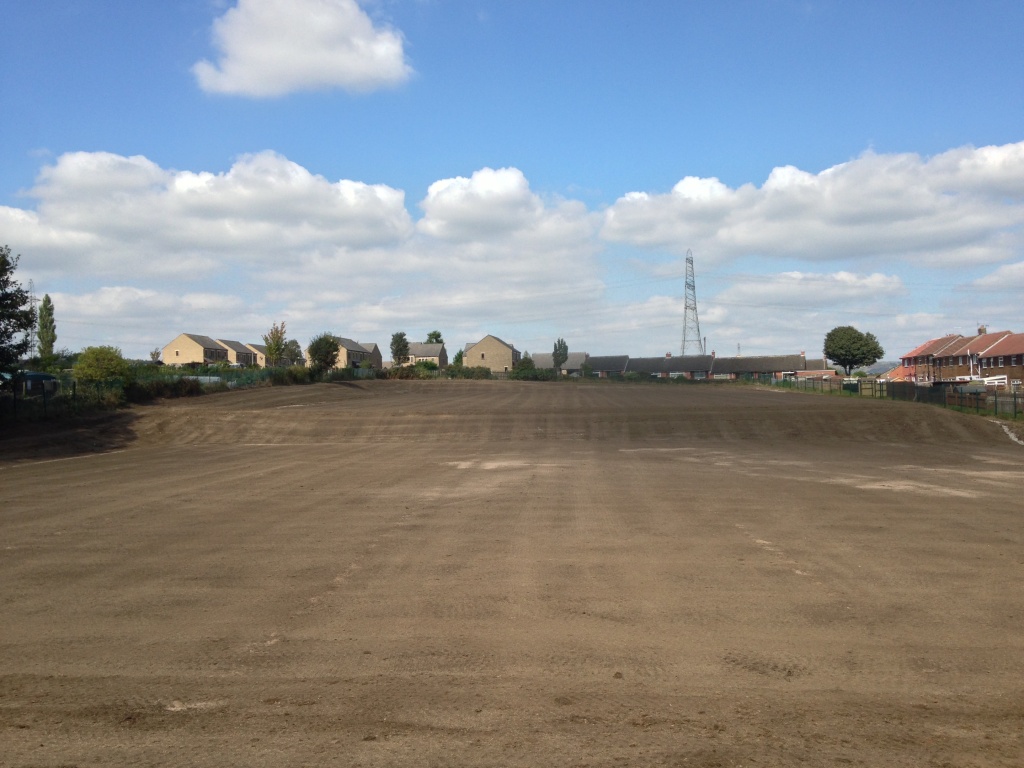